Since 2010 the LibDems and Tories have been telling you a story – that the World Financial Crisis – which hit the US, Europe – devastated Detroit, California, Ireland, Latvia, Greece – was Labour’s fault, because they spent too much on welfare – or whatever. It’s enough to have you rolling in the aisle – … END_OF_DOCUMENT_TOKEN_TO_BE_REPLACED

This was an amazing weekend in Leeds North West. We began with a packed Otley Labour Rooms on Friday evening listening to Ian Lavery MP speaking with real passion on the 30th Anniversary of the Miners’ Strike [with some great backing acts – from Red Grass and Gary Kaye – and moving speeches from Mark … END_OF_DOCUMENT_TOKEN_TO_BE_REPLACED

This is an excellent detailed analysis of the Tory – and thus LibDem – lies on the economy. 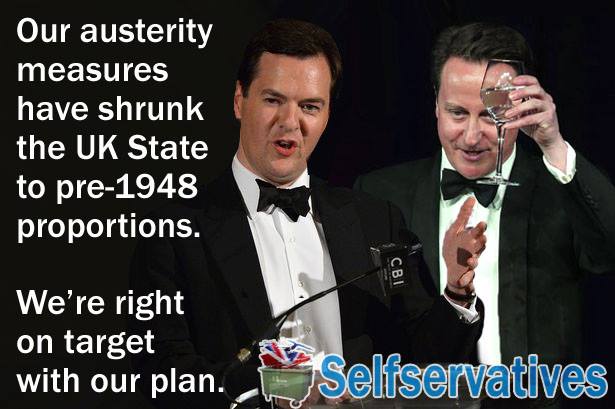 “The deficit reduction programme takes precedence over any of the other measures in this agreement” – stated in the Coalition Agreement.

For a government whose raison d’etre is deficit reduction, the coalition really isn’t very good at all.

Of course the truth is that this whole process of prolonged austerity is NOT about deficit-cutting. It’s just the cover for Tory ideology. It is actually about shrinking the State and squeezing the public sector until it becomes marginal, then none existent, in an entirely market-driven society. The banker crisis generated deficit has been a gift to the Tories in enabling them to launch the scuttlebutt that public expenditure has to be massively cut back, which they would never have been able to get away with without the deficit-reduction excuse in the first place.

And I am still seeing the “inherited debt” LIES that the Tories are still telling, despite official rebuke from…

On Sept 5 2014 Labour’s readiness to work with the LibDems secured a stunning victory on the Bedroom Tax. Perhaps that brings back memories of May 2010. Remember May 2010? That was when Gordon Brown paid the price for causing the world economic banking crisis by allowing poor people to live in houses with extra … END_OF_DOCUMENT_TOKEN_TO_BE_REPLACED

Yesterday [Saturday 25 Jan] Shadow Chancellor Ed Balls announced that the next Labour government will reverse David Cameron and George Osborne’s tax cut for people earning over £150,000 for the next Parliament to help get the deficit down more fairly. In a speech to the Fabian Society Annual Conference, Ed Balls said that fairer deficit … END_OF_DOCUMENT_TOKEN_TO_BE_REPLACED

People in Leeds North West are facing the worst cost of living crisis in a generation. Prices are soaring, wages are falling, working people are £1,600 per year worse off and small businesses are struggling to access the finance they need to grow. Yet David Cameron continues to demonstrate how out of touch he is … END_OF_DOCUMENT_TOKEN_TO_BE_REPLACED

There is an economic law – as iron as any such law ever is: recovery after a slump is inevitable. What vary are the speed of that recovery, its nature, the new level reached – and who benefits. So the green shoots we seem to be seeing at the moment are not surprising – and … END_OF_DOCUMENT_TOKEN_TO_BE_REPLACED

Wednesday’s Labour Market Statistics looked good – or rather they looked a little better than the run of bad figures for the last three years. And we welcome them – any improvement is to be welcomed, since every single number is a real person, with a real life. And it is real people who have … END_OF_DOCUMENT_TOKEN_TO_BE_REPLACED

We recently posted an item on our website about unemployment and living standards in our constituency, Leeds North West. Here we turn our attention more widely to Yorkshire and the Humber. This has been made possible by the publication of the Yorkshire and the Humber Jobs and Opportunities Bulletin (July 2013). The threat and the … END_OF_DOCUMENT_TOKEN_TO_BE_REPLACED

In the next of our series on Tory party funding, we turn the spotlight on the Tories and the financial sector. Not that that’s easy – in fact it isn’t easy to discover the real picture of Tory financial donations at all. You may think that all party funding is open and accessible. And in … END_OF_DOCUMENT_TOKEN_TO_BE_REPLACED