So just what did the IFS report say about incomes – everyone under 60 has lost out.

We were interested – interested enough to go back and look at the report of the IFS for ourselves. 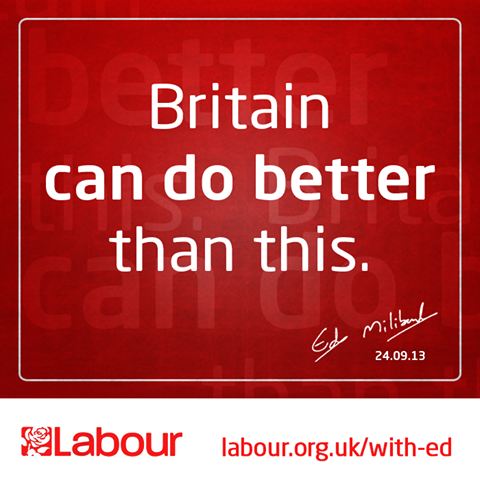 Below is the Report’s OWN summary briefing. We have added emphasis – and, unlike BBC reporting, you can see where that is.
We have also added a little commentary – in italics. So you can see what we’ve added.
The story – with or without our emphasis and commentary – is rather different from that told yesterday morning.
The recovery had started under Labour, the Coalition killed it off, we have experienced a slower recovery than in any previous recession as a result – and the pain is still being felt – by everyone under 60.

The IFS Report starts here
“The coalition government took office after the Great Recession, just as household incomes were beginning their subsequent and inevitable decline. It would be misleading to attribute all trends in living standards that occurred before May 2010 to Labour and all trends thereafter to the coalition.

We project that real (RPIJ-adjusted) median household income is at around the same level in 2014–15 as in 2007–08 (before the financial crisis), and about 2% below its 2009–10 peak.
Comment –Note incomes had started to rise again under Labour – as they go on to say

Having continued to rise slowly during the recession itself, real median household income then fell by 4.0% from peak in 2009–10 to trough in 2011–12, driven by falls in workers’ pay and in employment. This was a larger peak-to-trough fall than occurred around the early 1990s recession (1.2%), but smaller than in the early 1980s (5.7%).
Since then, employment has recovered strongly but real pay, and hence average income, has not.
Comment – Note that difference – and remember what kind of jobs that employment growth has involved = a lot of part-time, poorly paid ones.
This is consistent with the absence of productivity growth since 2011. Meanwhile, the coalition has implemented a large package of tax and benefit measures taking money away from households Comment: This is Austerity – which went further and faster than it needed to in response to the structural budget deficit caused or revealed by the crisis.

The slow recovery in household incomes has been more remarkable by historical standards than the peak-to-trough fall. We project that median household income grew by just 1.8% in total between 2011–12 and 2014–15. In contrast, the first three years of recovery in the early 1980s and early 1990s saw median income grow by 9.2% and 5.1% respectively.
Comment: This is a crucially important point – taken alongside what has been said above, this means that the recovery was much slower than what anyone would have expected, and note what was said above – the recovery had started by 2010, when Osborne-omics killed it off.

Household consumption has also been very slow to recover by historical standards. Consumption per head of non-durables (things such as food and fuel that are bought and consumed roughly straightaway) was 3.8% lower in 2014 Quarter3 than in 2008 Quarter1. At the same point after the 1980s and 1990s recessions, it was 14.4% and 6.4% above pre-recession levels respectively.
Comment: Again, note how much slower the recovery has been this time than previously. And again remember, recovery had started under Labour. It was the willful cut backs of the Coalition which throttled it.

This might reflect households’ perceptions that their income prospects have been permanently damaged by the crisis and that a significant cut to their spending is therefore required.

Assuming all households face the same inflation rate, income inequality is lower in 2014–15 than it was in 2007–08. This is explained by changes between 2007–08 and 2012–13, when earnings fell relative to benefits. Since 2012–13, incomes are projected to have fallen towards the top and bottom of the distribution but risen across the middle, in line with the distributional impact of recent tax and benefit reforms.

However, low-income families have faced higher-than-average inflation since 2007–08. This is mostly due to price changes in the period up to and including 2009–10: these families were hit harder by rising food and energy prices, and benefited less from falling mortgage interest rates. When this is taken into account, the changes in real incomes between 2007–08 and 2014–15 look similar across most of the income distribution.

The incomes of older individuals have caught up with those of the rest of the population in recent years, while living standards have fallen the most for young adults. After adjusting for group-specific inflation, median income among those aged 60 and over is projected to be 1.8% higher in 2014–15 than in 2007–08, compared with a 2.5% fall for those aged 31–59 and a 7.6% fall for those aged 22–30.
Comment: Sorry – just can’t see where the BBC headline comes from here. Looks as if the only group who have really benefited have been the over-60s

In the long run, policies that spur productivity growth will have the most significant effect on living standards. Over the course of the next parliament, the choices that the next government makes about the shape and size of any further fiscal consolidation will also affect how the living standards of different groups change. “
Comment: We judge that the situation is difficult – not least because this government has hiked up the public debt so much. There are no easy choices after May 2015.
But one thing we are clear on – Tory cuts on the scale and at the speed they are planning really will take us back to the 1930s!