Last week found our LibDem MP Greg Mulholland at the Palace of Westminster.
While he was there, he took the opportunity to ask a friend of his a question – and, what a surprise, to throw some mud at Leeds Labour-controlled City Council. 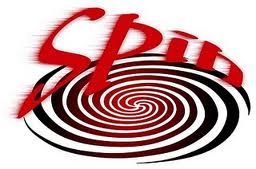 The friend in question was Mr David Laws, Minister for Schools, and like Mr Mulholland a Lib Dem.

Mr Mulholland’s question was prefaced by an assertion:
“After the debacle of Labour-run Leeds city council closing schools a number of years ago, now that we need some, what work is going on to have discussions with the Department for Communities and Local Government about how this problem can be avoided in future?”

Here’s Mr Laws’ answer:
My hon. Friend is exactly right. One of the reasons there are pressures in some parts of the country is that under the previous Government over 200,000 primary school places were eliminated after 2003. He will be aware that Leeds is one of the areas to which we have given significant amounts of basic need funding, and it is now using that money effectively. I will be happy to meet him if it would be helpful to discuss this in further detail.’

This is a fine example of a ‘friendly question’. This is something with which devotees of Parliament will be familiar. It’s like one of those planted by a Tory or Lib Dem MP at Prime Minister’s Questions for David Cameron to answer, “Would the Rt. Hon. gentlemen agree with me that the Leader of the Opposition is an idiot?” You know the sort of thing.

This would be laughable if it was not so mischievous.

So let’s examine Mr Mulholland’s question in some detail.
The Issue
As any parent will tell you, sorting out where your children will be educated can be complicated. It has become even more so in the era of academies (some sponsored by businesses), free schools, faith schools and good old fashioned Local Authority schools. Parents need to know that there is a place for their child and, hopefully, that there is some choice available too.

Now it seems that Leeds has a shortage of primary school places.
Leeds City Council is aware of this but it is relatively powerless to act.

As readers will know all new schools have to be either ‘private’ or academies or free schools. However, additional places can be given to existing local authority schools provided they have been judged as ‘good’ or ‘outstanding’ by Ofsted.

Mr Mulholland lays the blame for the shortage of places at the door of Leeds City Council “a number of years ago”. This is a conveniently vague time frame. But it is useful for him in scoring what he thinks will be an argument-winning point.
Tough luck Mr Mulholland!

Not only does Mr Mulholland seem to be in a state of denial that the Lib Dem and Tory city council were in office here in Leeds when the shortage began, but both he and Mr Laws seem to have forgotten that the Lib Dem and Tories have governed since 2010. One would have thought that they might have done something about rising school rolls over the past four years. It is the Coalition government that has waited until the last moment before taking action!

Depressing or what?
What is particularly depressing is that Mr Mulholland is once again playing politics with children’s education. He tells us on his website that local Heads of the ‘Otley family’ of primary schools (schools in other parts of his constituency don’t get a look in) are concerned with the chronic shortage of school places and Mr Mulholland is right to take their concerns very seriously.

But they are not helped by his puffing posturing in seeking to lay blame for the shortage with the Labour City council.

He writes on his website:
“We need a guarantee that local children will be able to attend their local schools, and that needs further primary school places to be created in this district.”

But who can give teachers that guarantee?

Mr Mulholland’s LibDem/Tory Coalition has removed from Local Authorities most of the powers to expand school places which they need to plan effectively.
Mr Mulholland’s LibDem/Tory Coalition has brought in a Planning Framework which gives the green light to developers to expand housebuilding with precious little guarantee of the infrastructure such housing will require.
And over the course of this Parliament, from 2010 to the present, Mr Mulholland himself has voted for all of Mr Osborne’s budgets. The Lib Dem and Tory coalition government has slashed the amount of money that it annually allocates to Leeds to spend by £130 million to £310 million. The Lib Dem and Tory government is planning to take another £45 million next year.

Mr Mulholland’s website – and his questions in Parliament – require constant commentary. And we’re happy to provide it.

But one thing that doesn’t need constant commentary is their intention – to keep Mr Mulholland in Parliament at any cost.
We’re happy to tackle that problem, too – and we’re out there on the doorstep doing it every week.

Britain Will Be Better Than This