Our Post Office is taking on the big banks while Greg Mulholland MP helps prepare Royal Mail for privatisation.

Current accounts are now to be made available from the Post Office.

After the financial crisis, caused by the irresponsible actions of many in the banking sector, it is a sensible move by the Post Office to take on the high street banks – they are a trusted brand and hopefully will be able to compete.

This is a perfect way for the Post Office and Royal Mail to evolve and to respond to the modern and changing financial sector. 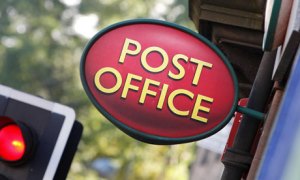 Privatisation of Royal Mail would not be a positive move.  There are fears that this could affect the universal service provided as private companies could cherry pick the more profitable elements and abandon the rest.

Returning to the Post Office, the current Banking Reform Bill is a real opportunity for the Tories and LibDems in Government to knock down obstacles for new entrants in the banking sector.  The monopolies of the big banks could be broken to help prevent a banking crisis on the scale we have seen previously.

The Labour Party in Westminster will be tabling amendments to the Banking Reform Bill to achieve precisely these things.  I hope Greg Mulholland will help Royal Mail and the Post Office to work for all people, not just private companies.